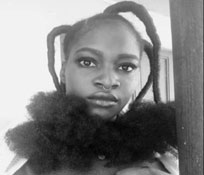 Fareeda Abdulkareem has worn many hats. Since she graduated from the American university of Nigeria with an honors degree in communications, she has gathered extensive experience in the media across print, television, and online mediums. Her work which ranges from fiction to memoir and opinions have been published in Quartz, Africa Is Country, The  Africa Report, Wasafiri, Brittle Paper, Z  M, Harvard’s Transitions magazine and many more.   n alumnus of Chimamanda   Adichie’s Farafina workshop she was longlisted for the short story day Africa award in 2018.

Professional pursuits aside, Fareeda is an avid traveler, who loves to meet people and learn from as many experiences as she can. She is passionate about art and film and curated the film section at the 2018 edition of West  Africa’s largest photo festival, LagosPhoto. She also spoke on film at the 2016
berlin economic forum and has been invited to critic programs in New York and The Netherlands.  She speaks passable French, loves to dance and will often do so even without music.