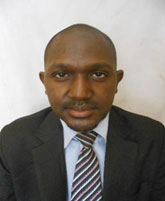 Muhammad Bello is an academic lawyer and a researcher with over 20 articles, book chapters and conference papers. In 2006, he emerged as one of the winners of the International Legal Essay Writing Competition organised by Law Society of Scotland, British Council and Legal Research Initiative. A year
later he finished on top of his LLB class in Bayero University Kano (BUK) where he later obtained an LLM with a distinction. An old boy of Barewa College Zaria, he practiced law in Kano, Kaduna, Abuja, Imo and Kwara and was later appointed as a Research Assistant to the Hon Chief Judge of Kaduna at the age of 25 Dissatisfied with the administration of justice in both the private bar and the judiciary, he opted for an academic career where he hopes to champion a more pragmatic, realistic and human-centric idea of justice through teaching, research and community service. At the age of 28 he was elected Sub-Dean of Law. He is a social critique and has concluded his doctorate research, awaiting external examination at the University of the Free State, South Africa. His main areas are Philosophy of Law, Law and Development and International Economic Law especially Sovereign Debt Governance. He loves going to the cinema and visiting friends.