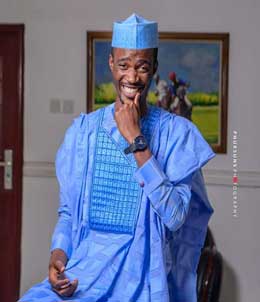 Shamsuddeen Magaji is a lawyer, writer, public commentator and a social activist. He is passionate about rural empowerment and girl child education as sin qua non to achieving human and capital development. He is the founder of Kebbi Community Action, an organization working towards promoting rural women access to empowerment and girl child education. Through his organization, he had partnered with Oxfam to empower women farmers and has led the United States Embassy’s PROTEAN project in Kebbi State where rural teachers were empowered to provide quality delivery to their pupils.

Shamsuddeen is a recipient of the world’s prestigious Fulbright award and served in various capacities primarily at the University of Georgia, USA including chairing the Publicity Committee of the university’s International Conference on Africa and its Diaspora. He also served vigorously with the American Red Cross and Habitat for Humanity. He has made presentations on community and youth development at the Georgia International Leadership Conference, the Committee on Teaching about the United Nations, New York, the University of Florida, Kennesaw State University as well as the Fulbright Conferences in Washington D.C and South Carolina, USA.

He served as ONE Champion in Nigeria and wears many hats including serving as Kebbi Cordinator at the West African Network for PeaceBuilding (WANEP), Save Democracy Africa and the Centre for Transparency Advocacy. Shamsuddeen led the 2019 ECOWAS-AU Election Violence Monitoring and Mitigation (EMAM) and the International Foundation for Electoral System (IFES) projects in Kebbi State. He has received several awards and distinctions including the African Union ECOSOCC Ambassadorial Award, ONE Campaign Award and Rotary International Polio Ambassadorial Award among others. He has also received special recognition at the Georgia International Leadership Conference, University of Georgia’s 2020 Spring Teaching Symposium and the Model African Union Conference held in Kennesaw.

He possesses the dual attributes of being jovial and serious minded. Meeting new people is his delight.